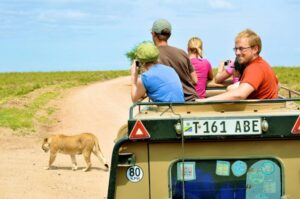 Hi I’m Zoe from South Africa. I stumbled upon your instagram and I am absolutely loving reading about you and Sam. Your family is beautiful!! Also, I’m on Sam’s team for this one. You did make the first move 😂

Hi Zoe! So great to e-meet you! We were planning to visit South Africa last year, but our trip got postponed. Hoping to make our way there sometimes in 2021 or 2022! 🙂